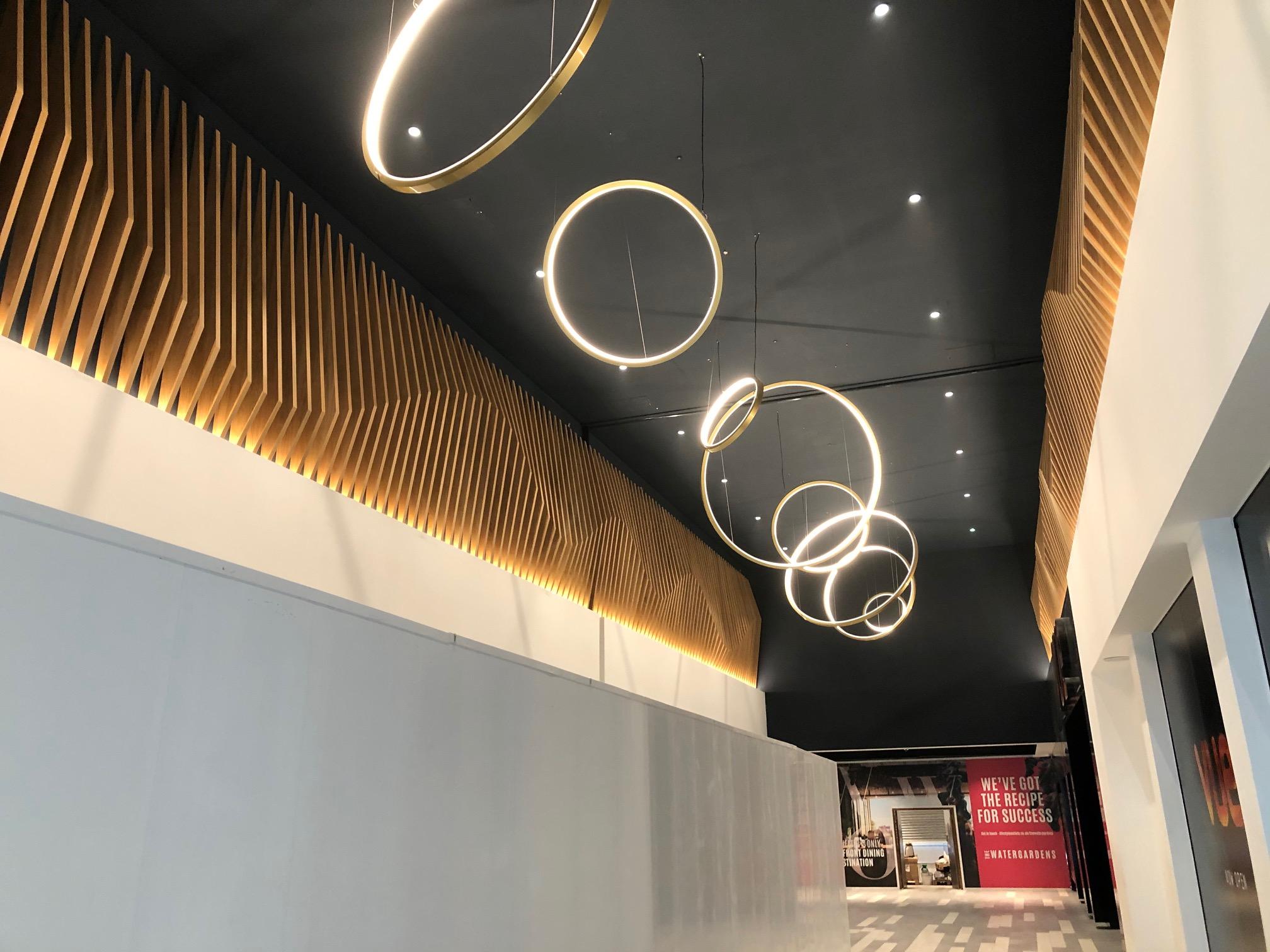 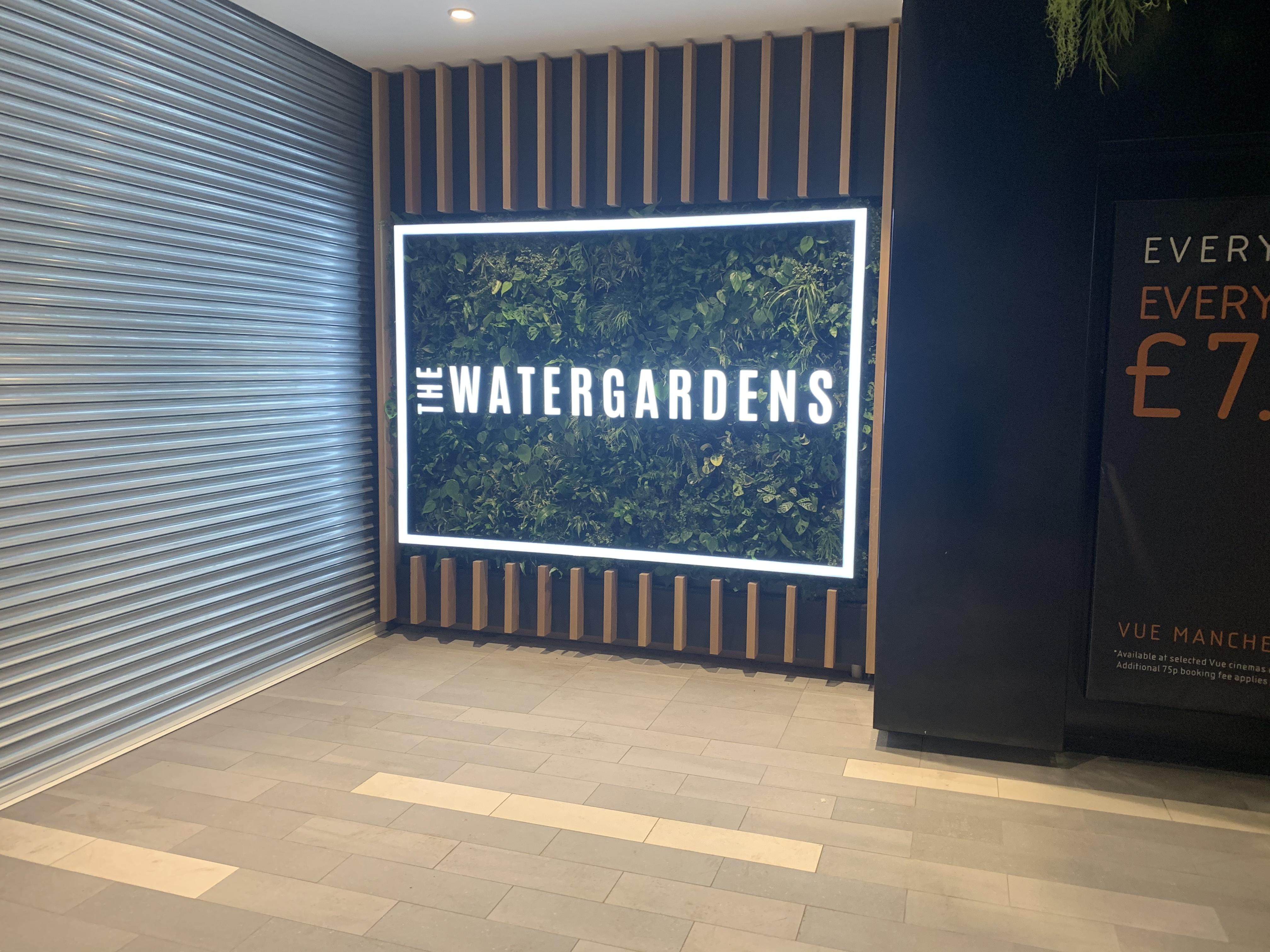 Previously known as The Lowry Outlet Mall, extensive work has been carried out to create the new Quayside Media City and The Watergardens. Boasting a number of well known eateries and drinking establishments, The Watergardens is the only waterfront dining destination in the area.

The docklands went into decline in the 1970's and by 1982 the site was completely derelict. Salford City Council recognised the importance of the area and the purchase was confirmed 1984. A year later the development plan began which led to the Salford Quays we know of today. The Lowry Theatre built in 1999 instigated the evolution by drawing the influx of visitors to the Quays and just one year later the grand opening of The Lowry Outlet Mall.

For this project we worked alongside the main contractor Artez, whose projects whether large or small are always exciting and high quality! Together we were able to bring to life the designers vision, implementing a range of face illuminated signage, including our innovative 'Xperse' lighting concept. A number of sets are situated within green walls, both real and faux, creating an outstandingly eye-catching feature.

Why is 'Xperse' so in demand?  The new generation in lighting technology, our tried and tested range is suitable for both internal and external applications, creating a flawless finish for both signage and architectural lighting features. Xperse is renowned for achieving perfectly even, edge-to-edge illumination using the highest quality long lasting LED's. Bespoke manufacturing  leaves an abundance of design options available including halo and side illumination options, faux neon, various finishes on the returns with paint and vinyl and little to no limitations with intricate designs.

Bolton Sign, on the behalf of another contractor, also fabricated the gorgeous architectural lighting hoops, pictured above which are suspended from the ceiling throughout the centre. We implemented our Xperse technology and finished with a custom gold paint mixed in house to match other, already existing aspects of the interior to print everything together perfectly for a cohesive finish.

" As one of the directors of Artez I could not be more satisfied with the knowledge, professionalism and level of service that we consistently receive from Bolton Signs. Their finished products are always of the highest quality even when working to tight deadlines. The project architect and client are delighted with the quality and high level of finish. Signage for The Watergardens could not have turned out better, we are all so pleased! We look forward to continuing our long-standing working relationship with Andrew and his team."   Steve Knight - Artez Group Ltd